Why You Should Complete Your 2020 Census Form

The 2020 census is coming in mid-March. Sent to households every 10 years, making sure that everyone in Dane County is counted in the census is crucial to political representation, federal and state funding, and to public health.

We have been involved in planning outreach to our community about the importance of the census for the past year, along with other City of Madison agencies. Part of the focus of this 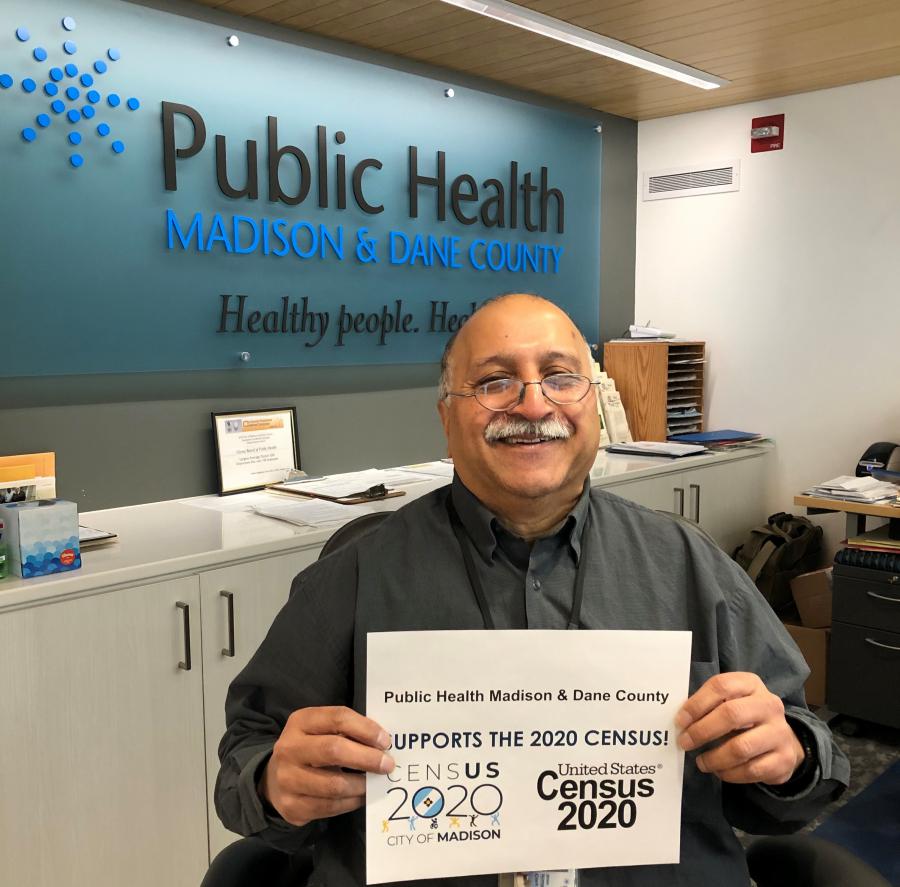 work has been placed on emphasizing communication to populations that are typically underrepresented in census responses, so that everyone helps shape our community.

Why does the census matter?

The data gathered from census responses is valuable to our area. It is used to determine political boundaries and representation, and to determine funding for programs like affordable housing, transportation, education, child care, and health care. The data is also used for planning, decision-making, and investments, which can lead to better outcomes for our community.

The data from the census also helps public health. Census data influences what the poverty level is, which determines the distribution of funds to programs like Medicaid, the Children’s Health Insurance Program (CHIP), the Supplemental Nutrition Assistance Program (SNAP), and the Women, Infants, and Children (WIC) Nutrition Program. The data is also used to determine things like funding and staffing in order to monitor communicable diseases and respond in the event of a disease outbreak or natural disaster.

How does the census work?

All households will receive a letter to fill out the 2020 census online or by phone in mid-March. For each person living in the household, 9 questions will be asked. It should take less than 10 minutes to fill out. All data collected by the U.S. Census Bureau is confidential and may only be used for statistical purposes. By law, census responses cannot be used against you by any government agency or court in anyway. That includes the Federal Bureau of Investigation (FBI), the Central Intelligence Agency (CIA), the Department of Homeland Security (DHS), and the U.S. Immigration and Customs Enforcement (ICE). The Supreme Court ruled that there will not be a citizenship question on the census. Internet census responses and census questionnaire assistance will be available in 12 languages.

You can help with the census!

Right now, there is a great need in Dane County for people to help work for the census. If we don’t have enough census workers to contact people who don’t fill out their census form, we could have a serious undercount of our residents. This would mean a big loss of federal money to fund programs crucial to housing, transit, health, education, and more.

Census jobs are temporary, but starting pay is $22 an hour, with very flexible hours and paid training. Most census jobs run from about March to about July. Anyone who is 18 or older and has documentation to work in the United States is encouraged to apply.

This content is free for use with credit to the City of Madison - Public Health Madison & Dane County and a link back to the original post.
Category: About PHMDC